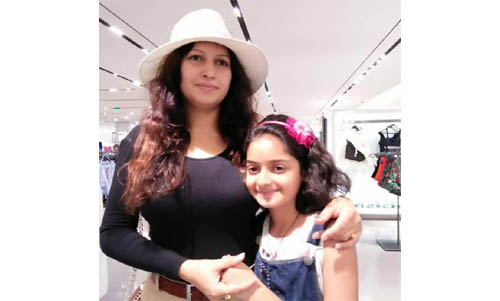 It was back in October 2020 that Bigg Boss 14 premiered on television. The reality show has been entertaining the audience to the fullest since then. A few weeks ago, a few older contestants were introduced as challengers inside the house to further spice things up among the rest. These included Rakhi Sawant, Arshi Khan, Rahul Mahajan, Kashmera Shah, and others. If that wasn’t enough, the wildcards Nikki Tamboli, Rahul Vaidya, and Sonali Phogat also entered the BB house sometime earlier.

The actress turned politician was initially silent during the first week but picked up pace later on. She has been loggerheads with many fellow housemates like Rubina Dilaik, Rahul Vaidya, and others. Now, the latest that we have learned that she is going to meet her daughter Yashodhara after a long time that will make her emotional. For those who have seen the latest promo of Bigg Boss 14, they already know that it’s time for family week.

As a part of the same, the housemates will get a chance to interact with their family members. However, they can meet them only through a glass wall as a precautionary measure owing to the COVID-19 pandemic. All of them will get 100 minutes to interact with their loved ones and Sonali Phogat will end up spending 9 minutes out of the same to talk to her daughter. As of now, she is seen sharing a good bond with Rakhi Sawant inside the BB house and is often seen backing her at times.