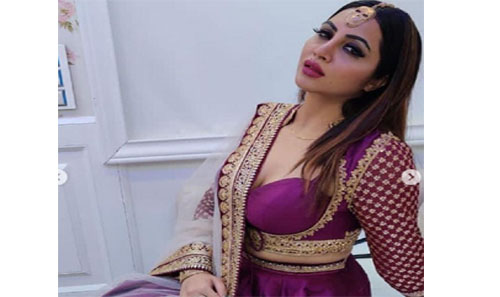 Arshi Khan, who had entered Bigg Boss 14 as a challenger, was eliminated during the Weekend ka Vaar episode which left her fans in a state of shock.

Bigg Boss 14, which is now in its last leg now, has some interesting contestants this season who have managed to keep the audience intrigued with their stint on the popular reality show. And while the fight to the finale is getting intense with every passing day, the eliminations are adding on to the excitement level. Much to everyone’s surprise, Arshi Khan was eliminated from Bigg Boss 14 during the weekend. The actress has entered the house as a challenger and was among one of the most talked about contestants of the show.

Interestingly, post elimination, Arshi got into an exclusive conversation with Pinkvilla and shared her views about the contestants in the house. During the interaction, the actress called Abhinav Shukla the mastermind of the house and stated that he has been an opportunist who didn’t miss a chance to get hold of any good opportunity in the house. Heaping praises for Abhinav, Arshi also stated that he had played the game with a lot of dignity and made sure to maintain the relations. On the other hand, she also looked quite disappointed with Devoleena Bhattacharjee and Rakhi Sawant.

While Arshi called Devoleena fake, underserving and irritating, she also gave similar titles to Rakhi as well. During the interaction, the actress stated that the Pardesiya girl has been a backstabber and has double standards. This isn’t all. Arshi also expressed her disappointment towards Rakhi’s behaviour towards Abhinav Shukla.

Meanwhile, Arshi has expressed her gratitude towards her massive fan following for their unconditional support during her journey in the house. Besides, she also mentioned that she had a great time in the house and is going to miss the BB house.