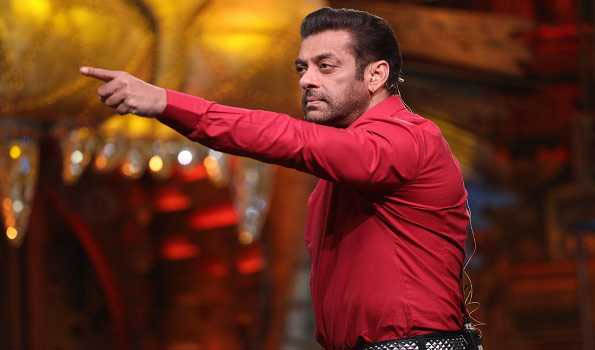 It shines a light on the heated debate that happened after Shalin Bhanot and MC Stan's big fight. In the last week, viewers saw the two contestants come to blows following Tina's ankle injury. Shalin was trying to heal it through his self-declared knowledge of physiotherapy that didn't seem to be easing her injury.

Watching Tina's pained expression, MC Stan prohibited him from trying his remedy, but Shalin didn't budge and an annoyed MC Stan hurled an expletive at him. A series of abuses and insults were exchanged and soon the rapper was seen pouncing on Shalin.

History dictates that whenever Salman undoes his blazer on ‘vaar’, it's time for a brutal slew of reality checks followed by an exposé. All the housemates braced themselves as Salman starts sharing his take on the Shalin vs MC Stan fight.

Quick to apologise, MC Stan took ownership of his aggression and will shake hands with Shalin, but the infringement of the main rule of the house doesn't go without punishment.

Next to be in the line of Salman’s firing is Sumbul Touqeer, who appears to be meddling in muddas, where her stand is unclear. The host directly asks her to explain her dynamic with Shalin. Is it love or is it friendship? Salman invites Tina Datta, Nimrit Kaur Ahluwalia, Sajid Khan and Abdu Rozik to share their insights on it. Most of them said that Sumbul has a soft corner for Shalin. Salman propels the cannons of truth bombs on Shalin, who apparently knows everything right from apt protein intake to physiotherapy, but doesn't see that a teenaged Sumbul has feelings for him.

Renowned for interfering in muddas, Priyanka Chahar Choudhary is questioned on her participation in the Shalin vs MC Stan fight by Salman. The host exposes her hypocrisy by pointing out that she didn't say a word against (her then bestie) Archana Gautam, when she indulged in violence. He also cautioned Ankit Gupta not to support Priyanka blindly in her endeavours to appear right.

Amid all this drama, the stars of the upcoming 'Action Hero' Ayushmann Khurana and Jaideep Ahlawat join Salman Khan on stage. The guests play a game called 'BB Ke Sitare' with the housemates. It involves two participants choosing between two of their favourite contestants. The photo of the least favourite of the two must be hammered by participants. Find out who gets the hammer in this action-packed segment.