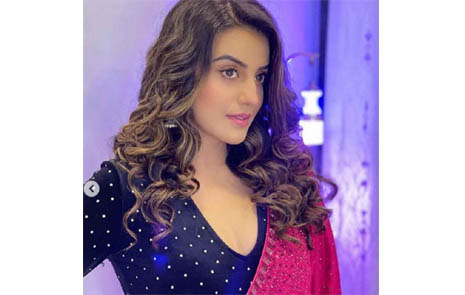 Sidharth Shukla’s demise was one of the most heartbreaking news of the year. The renowned actor, who had won millions of hearts with his dapper looks and impeccable acting prowess, breathed his last on September 2 and left his fan army shattered. And while his family, loved ones and fans are still struggling to come to terms with his unfortunate demise, the social media is abuzz with heartfelt condolences for the Dil Se Dil Tak star. And now, former Bigg Boss OTT contestant Akshara Singh has also mourned Sidharth Shukla’s sudden demise.
Talking about the same, Akshara, who was recently eliminated from Bigg Boss OTT, called Sidharth’s demise painful news to deal with. “Whatever had to happen has already happened and I can’t change anything about my eviction. I am out of the house and right now the one thing that is bothering me outside the house is Sidharth Shukla’s demise. All other things that happened with me are looking very small in front of it. Right now everyone is very sad and heartbroken. A person who made the show and it got so much love and after BB 13 because of him, Bigg Boss is known on a big level. He is not amongst us and his demise is very painful. I can’t see anything else,” she added.
Furthermore, Akshara reminisced the memories of Sidharth’s appearance on Bigg Boss OTT with Shehnaaz Gill and stated that those memories will always be close to her heart. She stated, “I was numb and shocked when I first heard about his death. The moment that we spent with Sidharth and Shehnaaz Gill inside the house will always be memorable for me. The memories are very beautiful and they gave me immense love in Bigg Boss OTT. They appreciated me, praised me and gave me so much love. I can’t forget him and I want to give condolences to Sidharth, his family”.
For the uninitiated, Sidharth had breathed his last in Mumbai at the age of 40. While the initial reports claimed that he died of a heart attack, the exact reason for his demise is yet to be known.