Black marketing is not possible without political protection 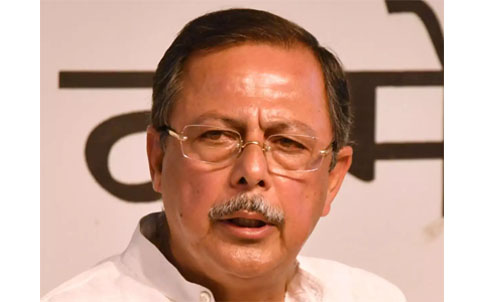 Chronicle Reporter, Bhopal
Former Leader of the Madhya Pradesh Assembly, Ajay Singh, has expressed grief over the hundreds of deaths occurring every day in Vindhya, saying that the government system has completely failed and people have been left on their own.
Ajay Singh said that people's are being agonizing to death people sitting in power are watching the show. Ajay Singh, citing the incident of recovery of oxygen cylinders in Satna and Rewa, said that this is happening in every district of the state including Sidhi Singrauli. Cylinder costing rupees 600 are being sold for rupees 30 to 35 thousand, people are pledging jewelry to save their family's life. Ajay Singh said that what can be more embarrassing than this, that bargaining is being done to get beds in government hospitals. Ajay Singh said clearly that black marketing of oxygen, medicine and beds is not possible without political protection. Ajay Singh, in front of the state government minister Ramkhelavan Patel in Maihar in Satna district, citing the revelation of black marketing of Remedesivir injection, said that these merchants have the patronage of leaders of the ruling party.
=Why no action against black marketers
Ajay Singh raised the question that if the black marketers do not have political protection then why action was not taken against the black marketing of Remedesivir injection in front of the minister, he expressed surprise instead of putting the person in jail who deals in black marketing and, papers are being asked from him il. Singh said that those who seek opportunity in the disaster should not be left in any condition. He asked the Chief Minister of the state to review and fix Vindhya's health facilities and said that if the attention is still not given, the situation will become even more frightening and worsening in the time to come.