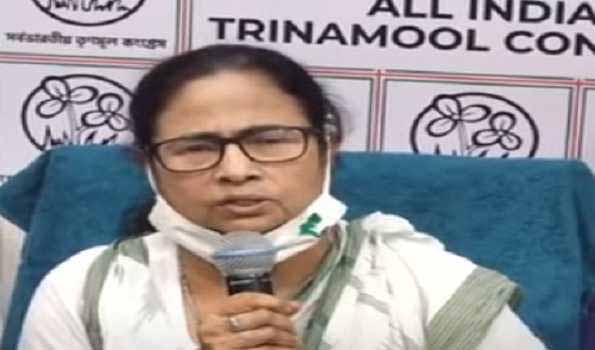 Kolkata, Apr 6 (UNI) In a fresh allegation against the central forces, West Bengal chief minister Mamata Banerjee on Tuesday said the blatant misuse of Central forces was continuing unabated, even as around 15 percent voters cast their vote in the first two hours.
West Bengal is polling for 31 seats in the third phase in districts of South 24 Parganas, Howrah and  Hooghly.
Reports of stray violence have been coming from the poll bound districts with both the ruling TMC and opposition parties, including the BJP blaming each other for the incidents.
"The blatant misuse of Central forces continues unabated. Despite us repeatedly raising this issue,
@ECISVEEP continues to be a mute spectator while men in uniform are being misused at several places to openly intimidate TMC voters & influence many to vote in favour of one party," the CM stated.
Ms Banerjee, who is also TMC chairperson, said on her twitter account.