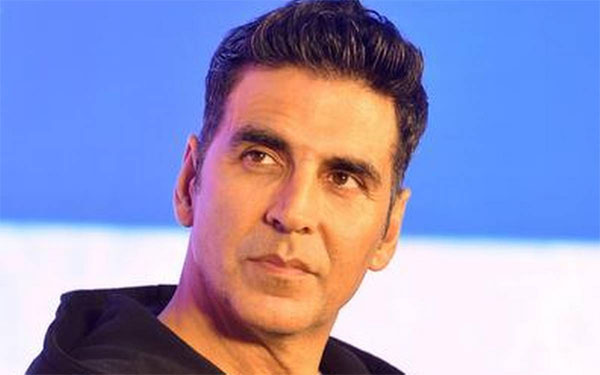 Kolkata, Mar 6 (UNI) Bollywood superstar Akshay Kumar is expected to be an added attraction on the podium from where Prime Minister Narendra Modi will address BJP's election rally at the Brigade Parade Ground on Sunday, billed to be the biggest such rally in West Bengal.
Party sources said the central leadership had sent an invitation to Akshay Kumar, who is said to have accepted the invitation and may attend the rally on March 7.
BJP state leadership has been busy in the past weeks and touring the districts, telling people to come in large numbers and cover the entire Parade Ground, the largest open green field in this metropolis.
The BJP leaders, including state president Dilip Ghosh and Suvendu Adhikari have been claiming that more than 10 lakh people will gather to listen to the Prime Minister, leader of the world's biggest political party.
The CPI(M) had organised a rally in the last week of February in which the party announced the formation of an United Front comprising Left, Congress and newly launched Indian Secular Front (ISF) to fight the ruling TMC and the emerging BJP.
There have been also talks of veteran actor Mithun Chakraborty attending the PM's rally here.
BJP's national general secretary Kailash Vijayvargiya said the actor is always welcome but the rally is for only the PM and the public.
Mithun Chakraborty and RSS chief Mohan Bhagwat had a meeting at his Mumbai home, recently.
Meanwhile, former TMC MP Dinesh Trivedi on Saturday joined BJP in presence of party president JP Nadda, Union minister Piyush Goyal and BJP spokesperson Sambit Patra at party headquarters in New Delhi.
While welcoming Dinesh Trivedi to the party, JP Nadda said, "I welcome Dinesh Trivedi to BJP. I always used to say he was the right person in the wrong party but now he is in the right party."
"Dinesh Trivedi will play an active role in West Bengal elections," Nadda said.
Mr Trivedi, a former Railways minister, lost the Lok Sabha election on TMC ticket in 2019.
He was defeated by BJP's Arjun Singh, who was also a former TMC leader.
After his defeat, the TMC made him the Rajya Sabha member, which he quit last month.