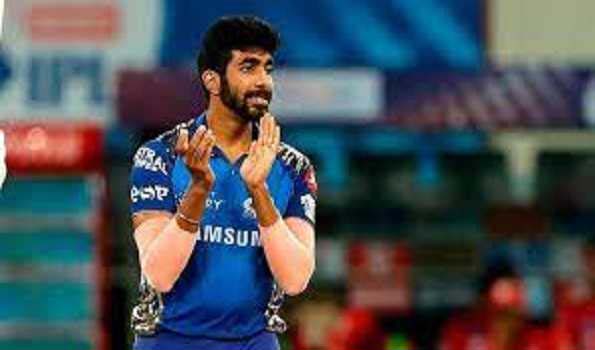 New Delhi, Sep 29 (UNI) In what will be a huge blow, reports claimed that India's pace spearhead Jasprit Bumrah is likely to miss the upcoming T20 World Cup in Australia due to a back injury.

Bumrah is set to report to the National Cricket Academy (NCA) in Bengaluru and the selectors will be naming a replacement, which is likely to be Mohammed Siraj, Cricbuzz reported.

Chances of the India spearhead's recovery by the first game in the World Cup are remote but hope is not being given up. A recurring back problem is the cause of his latest injury, Cricbuzz quoted Indian team management and Board of Control for Cricket in India (BCCI) sources.

The ace fast bowler has missed Asia Cup due to his back injury and was declared fit for three T20 series against Australia at home.

Bumrah, who played two T20s against Australia, missed the series opener against South Africa in Thiruvananthapuram on Wednesday.

"Jasprit Bumrah complained of back pain during India's practice session on Tuesday. The BCCI Medical Team assessed him. He is ruled out of the first #INDvSA T20I," BCCI tweeted on Wednesday.

India have qualified for the Super 12 round of the World Cup, thus can make changes to their T20 World Cup squad without ICC permission till October 15.