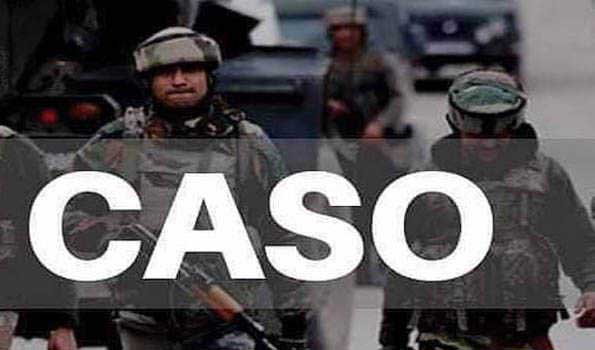 Srinagar,Security forces on Thursday launched fresh Cordon and Search Operation (CASO) in the central Kashmir district of Budgam, where a brief encounter took place on Wednesday evening.The CASO against militants ended late last night in Shopian after no militant was found in the area.Official sources said troops of Rashtriya Rifles (RR), Special Operation Group (SOG) of Jammu and Kashmir police and CRPF on a tip off about the presence of militants launched a CASO at Zainpora Donwar in Chandoora area of Budgam district on Wednesday evening.However, when the security forces were sealing the area and moving towards a particular house, the militants hiding there opened fire with automatic weapons. Security forces also retaliated ensuing in an encounter.Security forces used search lights and conducted massive search operation, they said, adding that the operation was closed late in the night.

However, this morning when people were resuming their normal activities, security forces again sealed the area and adjacent localities. All exit points were sealed and house-to-house searches launched, they said, adding that operation was going on when the reports last came in.Meanwhile, CASO launched at Pinjoora, Shopian on Wednesday evening, following a tip off about the presence of militants also ended late in the night.No contact was established with the militants and operation was called off, they said.A Special Police Officer (SPO) of Jammu and Kashmir police and a civilian were killed and a constable injured in militant attack in Sopore in Baramulla district on Wednesday evening.