CBI arrests an IT Officer in an alleged bribery case 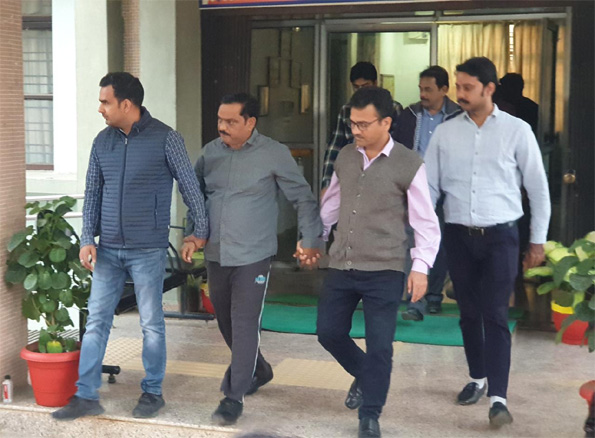 A case was registered on the basis of a complaint against an ITO. The Complainant had alleged that his firm is engaged in manufacturing of electric switches in Maharashtra, however, Income Tax Assessment of the said firm was being done at the office of Income Tax at Mandsaur, CBI in a statement stated.

It was further alleged that the ITO demanded a bribe of Rs 5 lakh and that if the demanded amount would not be paid, then he would get heavy penalty imposed by the Income Tax Department and IT raid on the firm of the complainant, the statement stated.

CBI laid a trap and caught the accused for allegedly accepting bribe of Rs 5 lakh from the Complainant. Searches were conducted at the premises of the accused, it added.