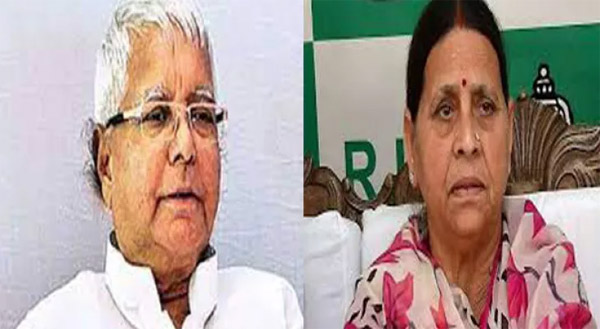 Patna, (UNI) CBI on Friday conducted simultaneous raids at 17 locations of RJD chief Lalu Prasad and his wife Rabri Devi in Delhi, Patna and Gopalganj in connection with land-for-job scam during his tenure as Railway Minister. CBI sources said here that raids were being conducted at 17 locations in Delhi Patna and Gopalganj since this morning. An eight-member squad raided the 10, Circular Road residence of former Chief Minister Rabri Devi in Patna. As per allegation levelled by CBI, during his tenure as Railway Minister, Lalu had received plots from several beneficiaries in lieu of giving jobs to them in Railways. He had got registered plots in the name of his relatives.Tge CBI has registered a fresh case against Lalu in this connection. As it is, Lalu was granted bail on April 22, 2022, in connection with fraudulent withdrawal of Rs 139.35 Crores from Doranda treasury in fodder scam. Lalu is already on bail in connection with other cases lodged against him in connection with fodder scam in mid nineties when he was Chief Minister of Bihar.