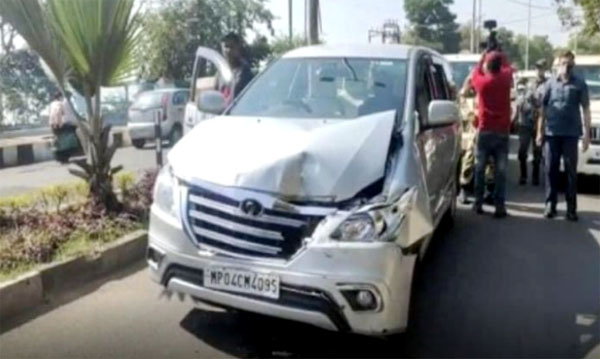 Bhopal, Chief Minister Shivraj Singh Chauhan and former Chief Minister Kamal Nath, who were on a morning tour in Bhopal, collided with each other. Thankfully no one was hurt in the accident. Five to six cars have been damaged in this accident.

It also includes Kamal Nath’s police vehicle. Kamal Nath was going to his residence from Lalghati during the accident. After the accident, Shivraj Singh Chauhan saw the site of the incident. The police administration clarified that the accident occurred due to the sudden brake of the car running behind the convoy of CM.

Five to six vehicles went ahead with them like this. Although Nath’s vehicle had overtaken, Shivraj Singh Chauhan stopped for some time after getting off the car. Then proceeded from there. The good factor is that nobody received damage in it.