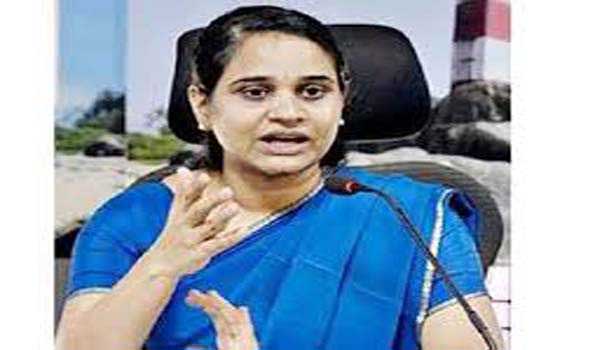 Mangaluru, Deputy Commissioner Sindhu B Rupesh on Thursday said that the test reports of the 35-year-old passenger from Dubai have shown no signs of either Coronavirus (COVID-19) or H1N1. In statement issued here Ms Rupesh said that the passenger has now been discharged from the Bantwal hospital. He has been asked to stay at home quarantined for the next 14 days. The passenger, who had been diagnosed with fever after he arrived at the airport from Dubai on March 8, had left the Government Wenlock Hospital in the early hours of March 9 refusing to undergo tests. Later, he was traced and admitted to the hospital in Bantwal and his throat swab samples had been sent to Viral Research Diagnostic Laboratory (VRDL) in Hassan Institute of Medical Sciences.Meanwhile, throat swab samples of six patients were also found negative for COVID-19.

As many asf 49 people were under quarantine in the district of which five have completed the 28-day cycle. All passengers arriving by international flights and those in contact with them should voluntarily report to the district health team and undergo self-quarantine for 14 days. If there were symptoms of cough, cold and fever, they should undergo tests for COVID-19. If the reports were positive for COVID-19, then they have to stay in the isolation ward of the Government Wenlock Hospital or in the seven select private hospitals for 28 days. Screening facility at the airport has been strengthened by posting doctors from seven private medical colleges on rotation basis. These doctors would be in addition to the medical officer at the airport. An ambulance has been placed at the airport exclusively to shift people to the hospitals, she added. The State government has issued a notification on Wednesday authorising Deputy Commissioners to get the affected admitted by force, if necessary.