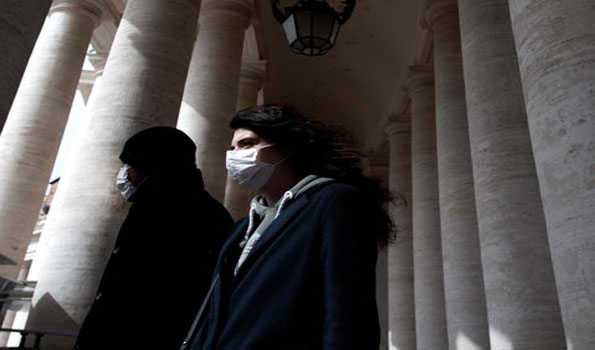 Rome, The death toll from deadly coronavirus in Italy has jumped to 109 while a total of 3089 are infected from the virus."Let us start from those who have recovered. Over the past 24 hours, 116 people have recovered, bringing the total number to 276. The number of victims grew by 28 to 107," National Civil Protection Agency chief Angelo Borrelli said at a briefing.The total number of COVID-19-affected people, including those who have recovered and those who have died, has reached 3,089, Borrelli added.According to a Civil Protection Department breakdown, the majority of infections (1,497) and deaths (73) occurred in the northern Lombardy region, where the epidemic first broke out on Feb. 21.The northern Emilia-Romagna region was next in the official tally with 516 cases and 22 deaths, followed by Veneto at 345 cases and six deceased, according to the Civil Protection Department breakdown.

Also on Wednesday evening, Prime Minister Giuseppe Conte and Minister of Education Lucia Azzolina announced in a joint televised press conference that all schools and universities across Italy will be shut down until March 15."Given that the epidemiological situation is changing rapidly, we have decided, as a precautionary measure, to suspend educational activities ...beginning tomorrow until March 15," said Azzolina."This is because our national health system... risks becoming overloaded," Conte explained.Palazzo Chigi, the official residence of the prime minister of Italy, announced on the same day that public guided tours of the palace are suspended starting March 4 until further notice.