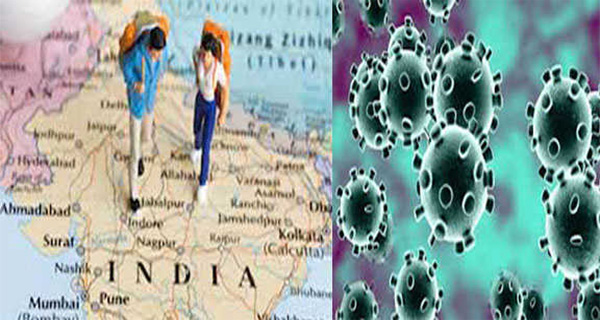 With a positive development in this situation as a result of the lock down, the Union Health Ministry on Monday said that country 's doubling rate of COVID 19 has now slowed down from 3.4 days which was prior lock down, to 7.5 days at present. 'It is according to the data of past seven days the country's doubling rate has improved to 7.5 days, said Lav Agarwal, Joint Secretary MoHFW while briefing the media here on Monday.

Agarwal said that as per the data on April 19, across the country 18 States have performed better and their rate is better than that of the national average in terms of the covid cases doubling rate. Meanwhile, as per Union Health Ministry's latest update, with more than 1553 cases of COVID 19 in the past 24 hrs, the total number of COVID cases reached 17,656 by Monday evening.

The death toll has gone up to 559, including the 52 deaths reported in the past 24 hrs, the health ministry update said. Apart from Mahe and Coorg, Pauri Garhwal district from Uttarakhand too have not reported any fresh COVID 19 case during last 28 days, said Agarwal, adding that six new districts have been added to the list of districts where no new case has been reported in last 14 days.

There are now 59 districts in total across the nation, where there has been no case of COVID 19 reported in last 14 days. Meanwhile, the MHA also gave out the list of the districts where COVID19 situation is serious or becoming serious that include Jaipur in Rajasthan, Indore in Madhya Pradesh, Mumbai and Pune in Maharashtra, Kolkata, Howrah, 24 Pargana North, Mednipur East, Darjeeling, Jalpaigudi and Kalimpong in West Bengal, said MHA official Punya Salila Shrivastav while briefing the media.

The government has constituted 6 Inter-Ministerial Central teams led by Additional Secretary rank Officers to have an on the spot assessment of these districts across the four states, and the teams have already reached the assigned spots, she added. These teams will also augment state efforts to fight and contain spread of COVID19 effectively.

Where violations of lockdown are occurring, suitable measures are taken in discussion with states, she said adding that MHA wrote a letter to states on Sunday stating that guidelines made under Disaster Management Act specify that states are required to strictly follow these guidelines.
The MHA official further said that states and UTs have also been advised that while they can impose stricter measures than contemplated in these Guidelines, they shall not dilute the Guidelines issued under the Disaster Management Act, 2005.