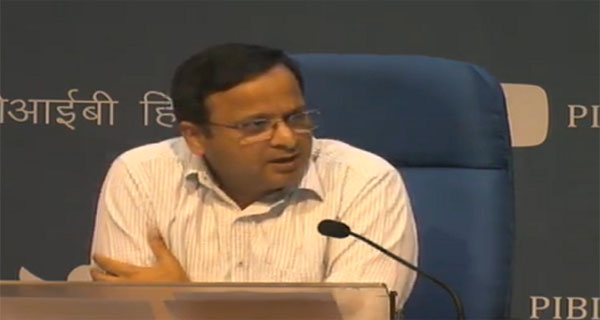 The government on Monday said that the recovery rate of Corona patients has improved and stands at 22.17 per cent.

Meanwhile, with addition of more than 1,396 new positive cases in last 24 hours, total confirmed cases in the country rose to 27,892, wherein 20,835 are active cases under medical supervision, he said.  A total of 381 patients have been reportedly cured in the past 24 hours taking the total number of recovered cases to 6184.

Prime Minister Narendra Modi, during his video conference with Chief Ministers, asked them to be vigilant and break the transmission chain of the virus strictly in districts falling in the Red and Orange Zones.  Mr Modi went on to say that district administration of the Green Zone should focus on surveillance by being alert that so that no new case surfaces, Mr Agarwal stated.

Highlighting the importance of the frontline workers in the battle against the pandemic, the government also appealed to the people not to stigmatise them and the recovered patients.  Talking more about stigma, Mr Agarwal said, 'Our battle is with sickness, not with a sick person. Due to stigma, many a times patients try to hide & avoid seeking timely treatment. This does not only bring harm to the patient but also to their family and to the whole society,' the Joint Secretary health added.

'We should avoid spreading misinformation and panic. No community or area should be labelled for COVID-19 spread.  In particular, healthcare and sanitary workers or police should not be targeted as they are there to help you,' he said.  He further said that our frontline workers are our "Protectors" and Champions. They are selflessly working to protect the vulnerable and take care of the ill – risking their own lives so that community can stay safe.

Talking about the recovered patients, he said that it was important to understand that there is no risk of transmission form the recovered patients, rather, they are likely to be potential source of the healing anti-bodies using the plasma therapy. Meanwhile, there have been trials in the National Capital's government hospitals where plasma therapy has helped in early recovery of the COVID patients.