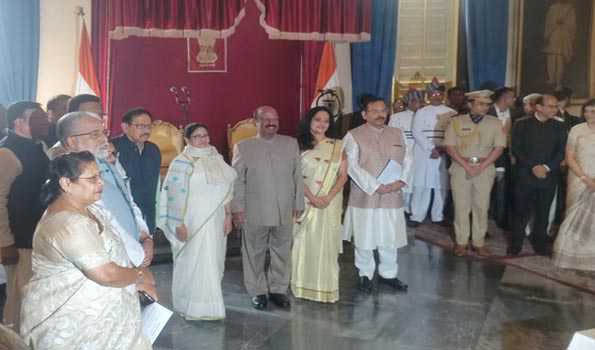 Calcutta High court chief justice Prakash Shrivastava administered the oath and secrecy of the office of the governor in presence of Chief Minister Mamata Banerjee and some of her cabinet colleagues and government top officials.

Among others present in the short and simple ceremony were former West Bengal governor Gopal Krishna Gandhi, along with his wife, speaker of the state assembly Biman Banerjee and Left Front chairman Biman Bose.

Bose replaced La Ganesan as the governor. La Ganesan, the governor of Manipur was looking after the affairs of West Bengal as the additional charge after Jagdeep Dhankar quit the office to become the vice president of India.