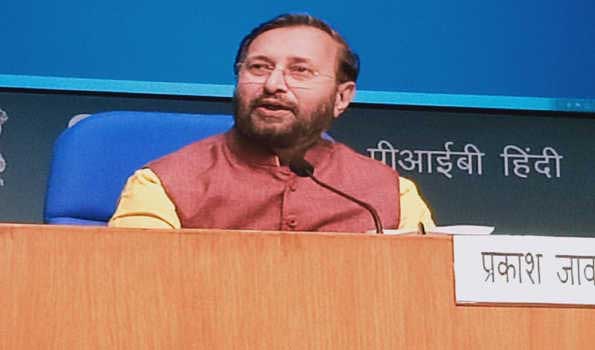 New Delhi,  The Union Cabinet chaired by Prime Minister Narendra Modi on Saturday gave the go-ahead to the signing and ratifying of the Extradition Treaty between India and Belgium.Announcing this, Information and Broadcasting Minister Prakash Javadekar told newspersons that "the treaty would provide a legal framework for seeking extradition of terrorists, economic offenders, and other criminals from and to Belgium. After ratification, the treaty will enter into force from the date of exchange of instruments of ratification between India and Belgium."

Each party agrees to extradite to the other any person found in its territory, who is accused or convicted of an extraditable offence in the territory of the other party. An extraditable offence means an offence punishable under the laws of both the Parties with imprisonment for one year or more severe punishment. Where extradition is sought in respect of a convicted person, the duration of the sentence remaining to be served must be at least six months at the time of making the request. Offences relating to taxation, or revenue or is one of a fiscal character also fall within the scope of this treaty.

Under the Treaty, extradition shall be refused if the offence involved is a political offence. However, the treaty specifies certain offences, which will not be considered as political offences, or if extradition is requested for a military offence or for the purpose of prosecuting or punishing the person on account of his race, sex, religion, nationality or political opinion or is time-barred.Extradition of nationals is discretionary. The nationality will be determined at the time the offence was committed.

The new extradition treaty will replace the pre-Independence Extradition Treaty between Great Britain and Belgium of 1901 that was made applicable to India through the exchange of Letters in 1958 and is currently in force between the two countries. Due to the present procedural requirements and that only a limited number of offences are listed under the pre-Independence Treaty, the latter has become obsolete in today’s context.The Treaty inter-alia also contains provisions on among others Assurance in case of Capital punishment, Central Authorities, Surrender and Handing over of Property.