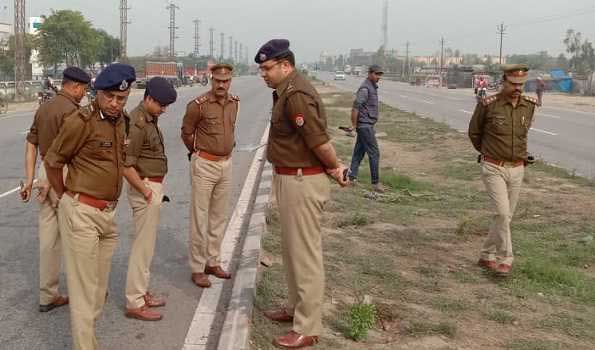 Mathura,  An alleged cattle smuggler was killed and two others were critically injured in an encounter with police under Chaata police station area early morning morning, police said.The police here said that after the encounter two other smugglers were arrested while two others managed to flee. A couple of firearms, a pickup van and six cattle were recovered from the possession of the criminals. The police said all the criminals, including the deceased, identified as Afsar, were native of Mewat in Haryana. The critical injured criminals have been identified as Kallu and Yunus. Police has arrested Irfan and Sadiq.