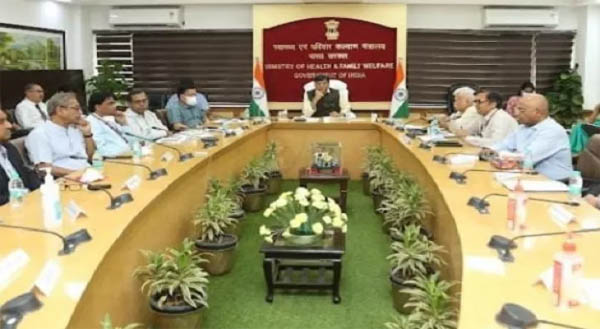 By Ashish Srivastava New Delhi, May 13 (UNI) The Centre may soon bring a model where the charges for the services of private hospitals under government health schemes will revise automatically and cut out the tedious process of rate revision generally mired with inordinate delays. The Union Government is planning to link the hospitals' rates under Centre-run health insurance schemes such as Central Government Health Scheme (CGHS) and Ayushman Bharat Pradhan Mantri Jan Arogya Yojana (AB-PMJAY) with the Wholesale Price Index (WPI), sources told UNI. The WPI is an index that measures and tracks the changes in the price of goods in the stages before the retail level. It is often seen as one indicator of a country's level of inflation. The WPI is also used as the base to revise the prices of drugs in the National List of Essential Medicines. Sources said the move is aimed to automate the revision of hospitalization costs and allow the adjustment of charges with respect to the healthcare inflation The prospect was discussed in a meeting held on Thursday with the representatives of top corporate hospitals by the Union Ministry of Health and Family Welfare. Sources in the know of the development told UNI that the idea was floated by Union Health Minister Mansukh Mandaviya in the meeting. NITI Aayog member (health) VK Paul and National Health Authority (NHA) Chief Dr RS Sharma were also present there. "What could be made out of the discussion was that the proposed system will be kind of a dearness allowance for private healthcare entities. It would enable the adjustment of hospitalization cost at par with healthcare inflation," according to the source. The industry experts have claimed that the recurring delay in the revision of rates under CGHS has led private hospitals to face huge losses. According to the Association of Healthcare Providers India (AHPI), the Union Health Ministry has outstanding dues of over Rs 500 crores that it owes to the private hospitals under the CGHS across India. The body has highlighted that there are inordinate delays in reimbursement to hospitals and low rates for reimbursement which have not been revised since 2014. "Due to these factors, CGHS is losing its sheen among hospitals as well as among beneficiaries," a body that represents the majority of healthcare providers in the country has said in a statement. However, Giridhar Gyani, Director General, AHPI feels positive about the likelihood of the latest proposal discussed in the meeting at the Union Health Ministry. He said the move is expected to save the losses private hospitals incur due to delays in rate revision by the government. "It is a good step. Making space for automatic adjustment will not let private hospitals incur losses on the services they provide while it will do away with the long delays in price revision," Gyani added