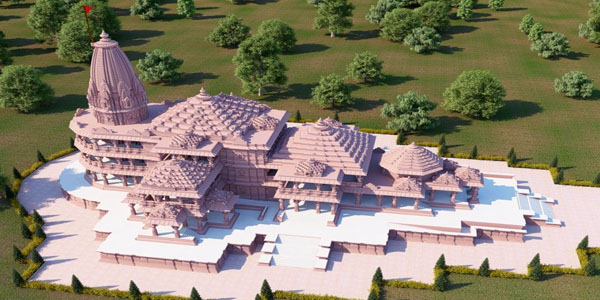 The century old Ayodhya land dispute would be put on a back burner and will be a history from August 5 when Prime Minister Narendra Modi will lay the foundation stone of the grand Ram temple here.

Ram temple movement proves that how an issue of civil dispute over a piece of land gradually became one of the most defining aspects of politics in contemporary India. But everything has been put in rest after the Supreme Court ruling on November 9, 2019 that the disputed land at Ayodhya be given to the Ram Janmabhoomi Nyas, curtains were drawn on a 70-year legal battle in independent India and 90 years during the British rule.

One of the longest-drawn legal battles in the nation’s history, the Ayodhya issue has created political turmoil in the country starting from mid 1980s after Rajiv Gandhi government ordered to open the lock of the Ramjanambhoomi. Babri Masjid was built by Mir Baqi, commander of Mughal emperor Babur in 1528 but the controversy kicked off 150 years later during the British regime when in 1857, the year of India’s first struggle of Independence against the British Raj.

Religious rituals continued for the second day here on Tuesday in the run up for the grand Bhoomi Pujan of the Ram temple at the Ramjanambhoomi premises on Wednesday noon. Prime Minister Narendra Modi will lay the foundation of the grand 161 feet tall Ram temple and will attend the Bhoomi pujan along with RSS chief Mohan Bhagwat and other senior seers and dignitaries.

Amid Corona scare and security apprehension, the entire Ayodhya has turned into a fortress. Around 175 people have been invited for the function. A total of 21 of priests from Varanasi, Ayodhya and Prayagraj started the ritual of Bhoomi pujan by organising Gauri Ganesh Puja on Monday morning at the Bhoomi pujan site in the Ramjanambhoomi premises.