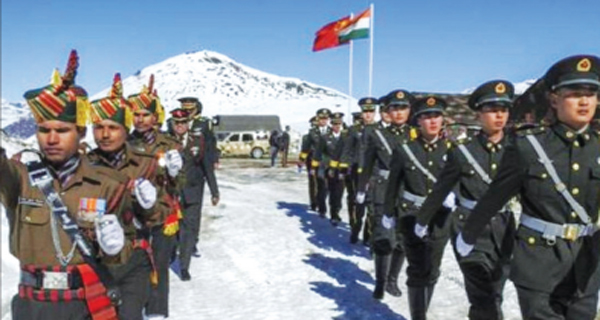 China said on Wednesday that the situation on the Indian border is completely stable and under control. Both countries have mechanisms to resolve such issues through mutual dialogue.

The Foreign Ministry spokesman’s statement came amid the continuing deadlock between the Indian and Chinese forces on the Line of Actual Control (LAC). Foreign Ministry spokesman Zhao Lijian said during a media briefing that China’s position on border-related issues is clear. Meanwhile, US President Donald Trump said that the US is ready to mediate on the border dispute between China and India. Earlier,

Trump had spoken of mediating between India and Pakistan on the Kashmir issue, which was turned down by India. India said that it was its internal issue. Citing the two informal summits of Chinese President Xi Jinping and Prime Minister Narendra Modi, Zhao Lijian said, “We are strictly adhering to the important agreement and agreement reached after the meeting of the leaders of the two countries.”

At the same time, Chinese Ambassador to India Sun Weidong said that India and China together are committed to fight the war with Coronavirus. It is the responsibility of both countries to have a better relationship.

Youth on both sides should also understand this. We have to keep away those things which have a bad effect on mutual relations. Differences should be resolved through mutual discussion.

The tension between China and India has recently increased near the Galvan drainage area in Ladakh. China has deployed around 5,000 personnel in several sectors near LAC. After this step of the neighbour, the Indian Army has also started increasing its troops in these areas.

In the same month, the two armies have clashed three times at different places. Last week, the commanders of the armies of both countries have negotiated and tried to resolve the issue.