Chopper with Art of Living Founder on board makes emergency landing 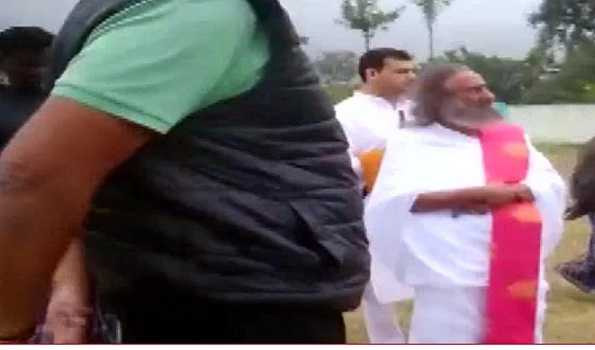 Chennai, Jan 25 (UNI) A private chopper carrying The Art of Living founder  Sri Sri Ravi Shankar and three others made an emergency landing at a tribalhamlet in Sathyamangalam Tiger Reserve (STR) in Erode district of Tamil Nadu today due to bad weather conditions.

Sri Sri Ravishankar, his two assistants and the pilor were on board the chopper.

They were proceeding to Tiruppur from Bengaluru. When the chopper was flying over the STR, bad weather condtions prompted the pilot to make an emergency landing at Ukiniyam, a tribal hamlet in STR.

After an hour later, the weather conditions cleared and chopper took off to Tiruppur after getting necessary clearances, reports received here said.