Clouds provide some relief in city 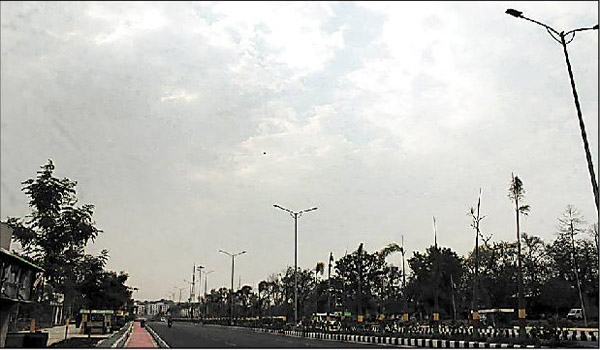 Chronicle Reporter, Bhopal
A cloud cover enveloped the city towards late afternoon providing some relief from sultry weather. However, temperatures have risen again from Wednesday in MP. According to the weatherman, from May 11 to May 13, the temperature will increase significantly. Once again the mercury can go up to 46 degrees or more.
Heat wave conditions will prevail in Gwalior-Chambal, Khandwa, Khargone, Barwani, Neemuch, Mandsaur, Narmadapuram, Ratlam, Rajgarh, Chhatarpur, Sagar, Tikamgarh, Panna, Jabalpur, Chhindwara, Sidhi and Damoh for the next three days.A trough is extending from Northwest Rajasthan to southeast Madhya Pradesh.
According to Skymet Weather, a trough is extending from Northwest Rajasthan to southeast Madhya Pradesh.
Another trough is extending from the cyclonic circulation associated with cyclone to North interior Karnataka.
Heat wave conditions occurred over isolated pockets of West Madhya Pradesh in the last 24 hours. Heat wave conditions are possible over many parts of Madhya Pradesh during the next 24 to 48 hours.
Meanwhile, severe cyclone Asani has turned into a cyclone and entered Andhra Pradesh coast between Ongole and Machilipatnam. It will travel in lands for a few hours across Guntur, Vijayawada, Tuni and re-emerge over Bay of Bengal as a deep depression.