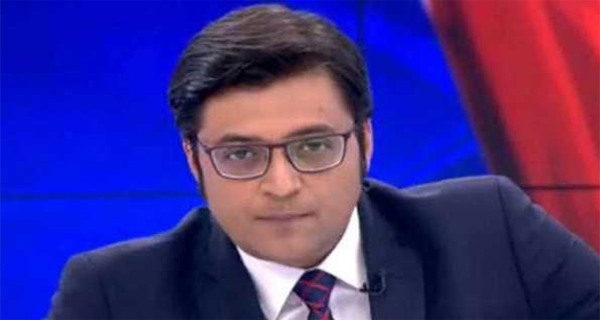 Mr Goswami, during a debate in Republic TV, alleged that Ms Gandhi was deliberately keeping quite on Palghar lynching incident and also commented on her place of birth Italy.

“The conduct and language of Arnab Goswami on his TV show yesterday was despicable. Shocking content and unpardonable language used for Sonia ji, president of Congress and MP in Lok Sabha for 5 terms and a lady. Register a criminal case, take him in custody as per offence and ensure an expeditious trial”, demands Vivek Tankha, head of party’s legal cell.

The Congress has also launched an extensive social media campaign, demanding the arrest of Mr Goswami, who resigned from Editor’s Guild of India, recently.

“Let Prime Minister remember that Sonia Gandhi has spent over 50 years of life in India, serving the country and being a witness to sacrifice of her mother in law and husband. But your favourite abusive anchors won’t bat an eyelid before hurling filth. Silence is acquiescence, Mr. Prime Minister”, he added.

Chief Minister’s of Congress-ruled states also joined the protest and condemned the act by the senior journalist.

“Ridiculous attack by Arnab Goswami on Sonia Gandhi Ji in derogatory language is totally shameful and unacceptable. She was 22-years-old when she came to India and has been living here for 52 years of which she has dedicated most of her life to the service of the country”, tweeted Punjab Chief Minister Captain Amarinder Singh.

“He has gone insane and crossed all limits, he should be ashamed of himself . I must ask the Editors guild - isn’t this all time low for journalism? Mr Rajeev Chandrasekhar must sack him immediately”, he said.

Their Chhattisgarh counterpart Bhupesh Baghel also condemned Mr Goswami and urged News Broadcasters Association and the Editors Guild of India to take appropriate action against the editor and his channels.

“Arnab Goswami of Republic TV and Republic Bharat calls this nonsensical utterance against Sonia Gandhi journalism? There is no dignity towards any person or the language. This malicious attempt to incite communal violence is a cognisable, criminal and a punishable offence”, he said and added, “I hope his employers will ask him to resign immediately”.

In social media, the leaders and workers of Congress party started trending #ArrestAntiIndiaArnab in a response to the campaign by the critics of the party, in which they started #ISupportArnabGoswami”.