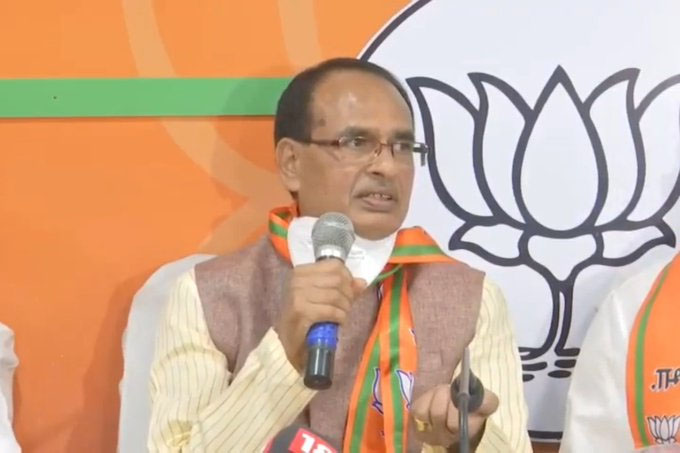 Morena, MP, (UNI) Firing a by-poll broadside, Madhya Pradesh Chief Minister Shivraj Singh Chouhan on Friday accused the Congress of being anti-development as the state witnessed no headway whatsoever whenever that party’s dispensation was in the saddle be it prior to 2003 or the 15-month interregnum.
The veteran leader addressed rallies in Dimani Assembly constituency and here.

“In fact, the Congress placed on the back-burner the schemes initiated by Bharatiya Janata Party governments. That party’s regime bewailed an empty treasury, which was unalloyed untruth. The Congress came to power – by deceiving the populace – for fulfilling its own agendas. Reneging on promises resulted in the collapse of their dispensation,” the senior politician alleged.