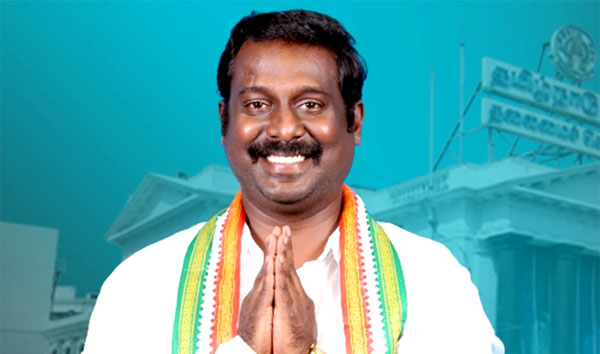 Chennai, May 3 (UNI) Congress has retained the Kanyakumari Lok Sabha seat where a bypoll was held on April six following the death of sitting party MP H Vasantha Kumar due to corona.

In the bypoll, Congress fielded Vasantha Kumar'son Vijay Vasanth who won his maiden election defeating BJP's former Union Minister Pon Radhakrishnan by a margin of more than one lakh votes.

According to the EC data, Vijay Vasanth, who contested as an ally of the DMK, polled 5,76,037 votes as against 4,38,087 voted secured by the BJP candidate.

Vijay Vasanth won by a margin of 1,37,950 votes and will be entering Parliament for the first time.

In terms of vote percentage, Vijay Vasanth bagged 52.5 per cent as against 39.92 per cent secured by the BJP candidate.

In a tweet after his maiden electoral victory, Vijay Vasanth dedicated his win to the people of Kanyakumari and his father.

'Kanyakumari, your love for me and my father has overwhelmed me today. I urge all my friends and supporters to stay indoors, not indulge in any public celebrations and prepare to hit ground to help those in need", he said.

'This Victory is dedicated to people of Kanyakumari and Our father Shri H. Vasanthakumar. 'Together we stand. Thank you all, once again', he added.