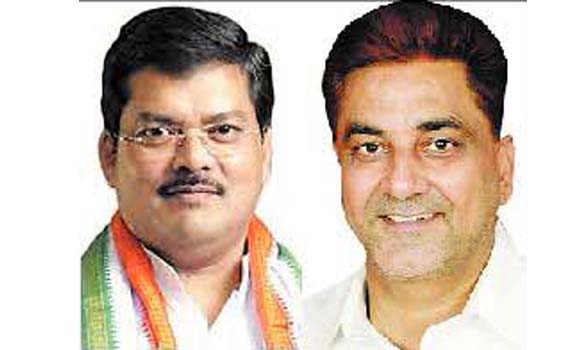 Khilawan Chandrakar, Bhopal
If the third wave of possible corona in August-September remains mild and the number of infections does not increase much, then one Lok Sabha and three assembly elections in Madhya Pradesh can get the green signal of the Election Commission. Anyway, the State Election Commission has started its preparations from now on. Simultaneously, elections for the long postponed local body, panchayat, mandi and cooperative can also be considered.

Cong starts preparations
In view of the upcoming elections, the Congress has also started the search for the candidates. Madhya Pradesh Congress's organization deputy in-charge Sanjay Kapoor's Bhopal stay and meeting some leaders are also being linked to the election preparations. Meanwhile, it has been learned that the confidential survey of the areas where the by-election is going to be held is also being conducted by private event companies. In the coming days, observers may also be appointed at the party level to search for the winning party candidate and for consultation with regional leaders.
It has also been learned that the general secretary in-charge of the organization, Mukul Wasnik, is also coming to Bhopal in this regard and he will not only review the preparations being made for the by-elections, but can also discuss with the senior leaders about the candidate selection.

Meeting proposed on June 24 to 26
The Congress is confident after performing well in the Damoh election. Meanwhile, now the focus of Congress is on Khandwa. Apart from Khandwa Lok Sabha seat, by-elections are to be held in Prithvipur, Jobat and Raigaon Vidhan Sabhas of Madhya Pradesh. PCC Chief Kamal Nath is on a Delhi tour right now. He has also returned home from the hospital after recovering. Right now they are working to end the dispute between the party leaders rising in Rajasthan. After coming to Bhopal on 23rd June, a meeting of the state office bearers will be held on 24th, 25th and 26th June. In this the strategy of election will also be discussed.

Arun Yadav's claim from Khandwa
The news of party leaders presenting their respective claims is also coming to the fore. Former Union Minister Arun Yadav has expressed his desire to contest the Khandwa Lok Sabha by-election. Yadav said that preparations for contesting Khandwa Lok Sabha elections are complete. If the party gives him a ticket, he will definitely contest from Khandwa. There is also news of consensus in the party on Yadav's demand. If sources are to be believed, from the top leadership of the party to other leaders of the party, there is agreement on giving ticket to Yadav.
Khandwa Lok Sabha seat has fallen vacant after the death of BJP MP Nandkumar Chauhan. After which Lok Sabha by-elections are to be held there. Similarly, after the death of former minister and Congress MLA Brijendra Singh Rathore, Prithvipur assembly of Niwari district fell vacant. Jobat assembly constituency of Alirajpur district fell vacant after the death of Congress MLA Kalavati Bhuria. Similarly, the Scheduled Caste seat of Satna district has been vacated after the death of BJP MLA Jugal Kishore Bagri from Raigaon. Assembly by-elections are proposed on these three vacant seats.