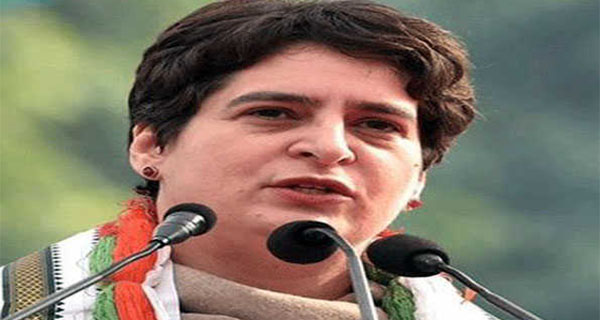 In her message this morning, Ms Gandhi said that a Facebook live would be organised by the party on Thursday afternoon at 1300 hours with over 50,000 people joining in.

Referring to the ongoing political feud between Cong-BJP in the state of Uttar Pradesh over 1,000 buses arranged for migrant workers, Ms Gandhi said that the live streaming platform would be used to slam the Yogi Adityanath government for playing politics over the matter at a time like this and question the arrest of UP Congress president Ajay Kumar Lalu and others over the same.

"It will be the real condolence to Rajiv Gandhi on his 30 death anniversary, who sacrificed his life for the countrymen and fighting for the poor and needy people," Priyanka said in her message.

Meanwhile, the party workers have announced to stage protest across its UP offices all day long.

UP Congress president Ajay Kumar Lalu who was arrested by Lucknow police from Agra on Wednesday, has been sent to jail for 14 days under judicial custody.
Mr Lalu along with Sandeep Singh, secretary of Ms Gandhi, were charged for fraud and booked under section 420, 465 and 468 of the IPC on Tuesday night.

However, Sandeep Singh is yet to be arrested and Mr Lalu has been sent to a temporary jail on late Wednesday night after his sample for Covid-19 were taken.
On the other hand, UP BJP general secretary Vijay Bahadur Pathak blamed Congress party of doing politics and said, "BJP was in touch with its cadre at the ground level through Bridge conferences directing them as to when and how to serve the people during this pandemic, but, unfortunately, ruined it all."
He questioned the opposition party whether their leaders had done the same.