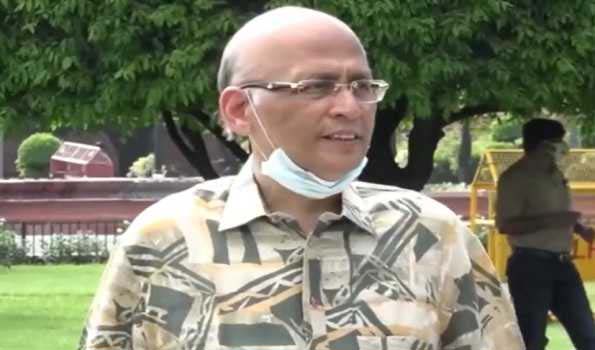 This also comes on a day when Prime Minister Narendra Modi slammed the Opposition for disrupting Parliament proceedings.

The breakfast meeting was attended by over 100 opposition MPs, amid continuing stalemate in the Parliament. Several MPs then rode bicycles to the Parliament House, carrying placards protesting fuel price hike.

This comes a week after the former Congress president undertook a surprise tractor ride to parliament in support of the agitation against new farm laws.

Leader of Opposition in Rajya Sabha, Mallikarjun Kharge called the meeting a display of opposition unity.

"We are today, in this march, raising the issue of fuel price hike. Common people are suffering and the government is mute spectator," Kharge said.

Congress also said the unity that was witnessed on Tuesday will go all the way to the 2024 Lok Sabha elections.

"Whether it is Pegasus, price rise, or farm laws. The Opposition will remain united," Singhvi said.

The Congress leader also said 17 political parties are together on these issues.

While Aam Aadmi Party (AAP) and Bahujan Samaj Party (BSP) did not attend the meeting, Singhvi said: "Whether AAP or BSP, all parties have one principle of unity on these issues, keeping their differences aside."

Asked if it indicated that Rahul Gandhi would be the opposition camp's leader in 2024, Singhvi said there have been no discussions on the issue.

Both houses of Parliament have been witnessing protests and repeated adjournments over a slew of issues, with the Pegasus snooping controversy coming up as a major issue.

Opposition leaders have meanwhile said that the government is blocking the proceedings by not agreeing for a debate on the Pegasus issue.