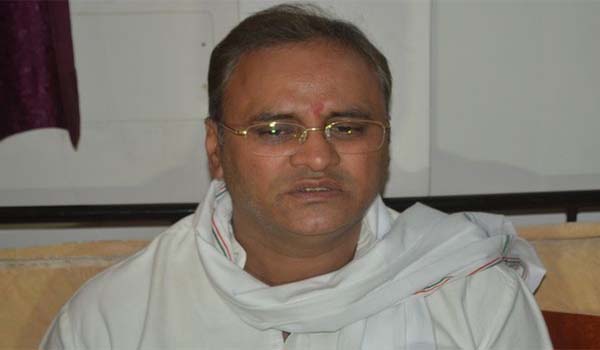 Chronicle Reporter, Bhopal
Congress state president Arun Yadav has denied the news of being in touch with the BJP by tweeting. He has said that I have Congress in my blood and I have Yadav and not Scindia in front of my name. But the era of political rhetoric is going on fast. On the one hand, Congress leaders are congratulating and applauding Yadav's tweet, while on the other hand, BJP is also not missing from making sharp attacks.
In view of the by-election, both the parties are engaged in strengthening the organization. During this, the battle for supremacy in the party is coming to the fore. On the one hand, where Kamal Nath is advising the lower level workers to avoid air blowing to strengthen the organization, at the same time, there are reports of Arun Yadav getting angry with the Congress before the by-election. On which now veteran Congress leader Arun Yadav has given a big statement.
Actually, Arun Yadav tweeted on Sunday that Congress ideology flows in every drop of blood of my body and family. Yadav is written in front of me and my family name, not Scindia. Along with this, Arun Yadav said that if any separatist forces are pointing in any direction, then they will have to face it.
BJP took a jibe at Yadav's statement
Madhya Pradesh BJP's media in-charge Lokendra Parashar has tweeted and congratulated Yadav in a sarcastic tone, but has also taken a dig at former Chief Minister Digvijay Singh. Lokendra Parashar, while re-tweeting the tweet on Digvijay Singh, wrote that you are definitely a Yadav, but you are playing the flute in harmony with his voice, who constantly insulted your father. Despite being capable, it was Digvijay Singh and his mentor Arjun Singh that did not allow him to become the Chief Minister, simply because Subhashji used to come from backward class.