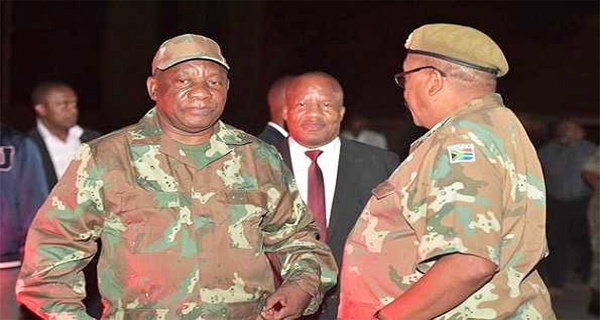 South African security forces on Friday have begun enforcing a three-week nationwide lockdown in an effort to stem the spread of the coronavirus in the country, according to a BBC report.

Except when absolutely essential, all other movements have been prohibited and both the army and the police have been deployed to enforce the measures.

This announcement sent a sense of urgency among the people who thronged the supermarkets to stock up essential goods. While others thronged bus stations hoping to leave the capital towards the countryside which has raised fears that they could take the virus to older relatives in their villages.

South Africa has till now reported 927 confirmed cases of coronavirus infections - the highest in Africa - but so far no deaths.

Late on Thursday, President Cyril Ramaphosa visited soldiers before they were deployed from a base in the Soweto township of Johannesburg.

South Africa has already closed schools and banned gatherings of more than 100 people.

The authorities have warned that anyone violating the rules faces six months' imprisonment or a heavy fine.