Country showed the world how disputes like Ayodhya can be resolved : Yogi 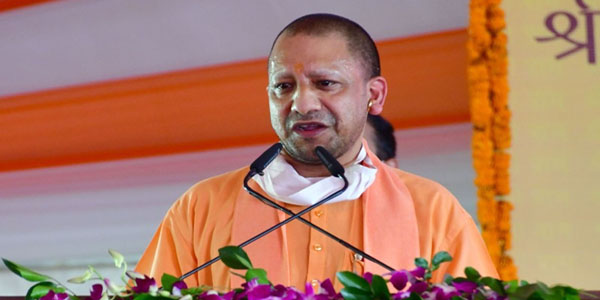 Uttar Pradesh Chief Minister Yogi Adityanath said that India has shown the world how the contentious issues can be resolved peacefully within the parameters of the constitution where executive and judiciary played a crucial role.

“The Ayodhya issue is a real testimony of the resolve shown by the leaders of different hue, judiciary and the executive to solve a vex problem. India has shown the world how the contentious issues can be resolved,” Yogi said while addressing a select gathering of saints after bhoomi pujan in Ayodhya on Wednesday.

He said that the long wait of over 500 years is over now. These years testifies the struggle and resolve of the millions of people to see construction of Ram Temple at Ram Janmabhoomi. Many generations gave their lives for construction of Ram Temple. Millions of Sadhus died with an unfulfilled wish in their hearts. They might be happy today and showering their blessings on us, he said.

“The plan for the Ram temple was drawn three years back when Deepotsav was started in the temple city. It was an aspiration and dream of 135 crore population of the country to have a grand Ram temple and it was achieved under the leadership of Prime Minister Narendra Modi," he said.

He said that the UP government had already completed several developmental projects in Ayodhya while hundreds are underway. “The temple will be constructed by the Shri Ram Janmabhoomi Teerth Kshetra Trust but Ayodhya will be made a centre of attraction –culturally and religiously. Ram circuit will connect all the centres which are important in view of Ramayana,” Chief Minister said.

Yogi Adityanth said this is an opportunity to present India to a world where there will not be any discrimination on the basis of caste, creed or language. The motto is Sabka saath, sabka vikas, he said

“This is an emotional moment for us because the struggle for ram Temple has finally taken shape. There are millions who could not come here due to Covid-19 pandemic. They will be called for future events in Ayodhya’, said Yogi.