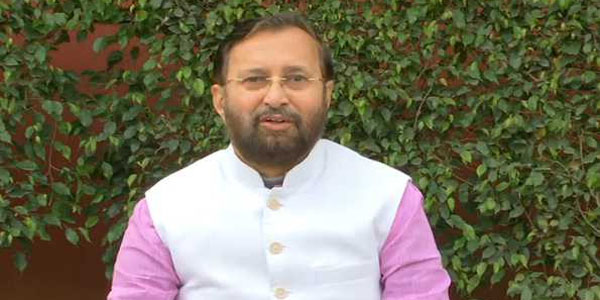 nformation and Broadcasting Minister Prakash Javadekar on Wednesday said that the atmosphere in the country has changed from today onwards and the people of the country now believe that the any problem could be resolved amicably.

After Prime Minister Narendra Modi laid the foundation stone for the Ram Mandir at Ayodhya, Javadekar said that the problem was very old and was again and again affecting the atmosphere in the country, but, PM Modi by solving the age old problem has given a clear message that whatever the problem may be, he has the solution for that.

He said that there is a vibe of happiness throughout the country and wherever in the world there are Indians there is happiness.

'People all-over the country are happy as the long standing issue has been resolved peacefully, and everyone has congratulated the Prime Minister for the same.'

By laying the foundation stone PM Modi has further strengthened his message of 'sabka sath sabka vikas', as the country will move forward on a new course of development.