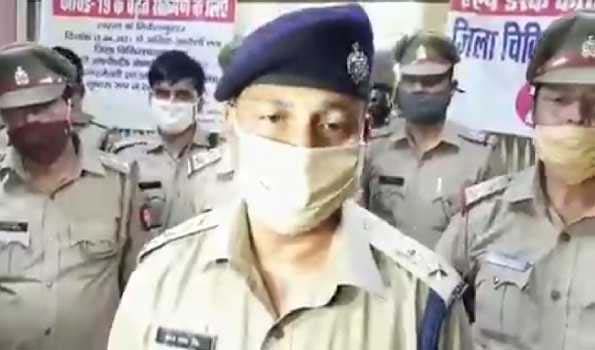 Etah, Jun 19 (UNI) A couple and their son died when their motorcycle hit a police jeep on Etah Sikohabad road near Fafto village late Friday night.
After the collision, the police jeep of Rijor police station overturned in which three policemen got injured. Two of them were stated to be critical.
Senior Superintendent of Police Uday Shankar Singh and Additional Superintendent of Police O P Singh reached the spot immediately and also went to the hospital to enquire about the health of the injured policemen.
Police here on Saturday said that around 2200 hrs on Friday night a police jeep of Rijor police station, which was on night patrolling, hit the bike coming from the opposite direction in which Amit, his wife Manisha and son Divyansh died on the way to the hospital.
The police jeep overturned in the ditch, injuring three policemen.
The deceased Amit was returning from his in-laws' house in Puthia village under Pilua police station area to his native residence in Khushalgarh under Rijor police station with his wife and child on the bike.