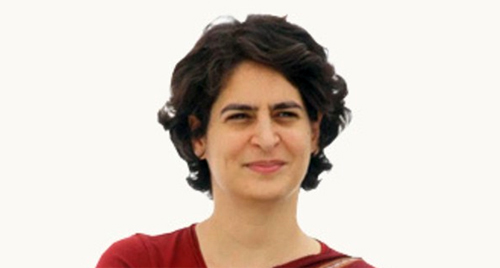 After taking on Yogi Adityanath government through 'facebook live' on Thursday, Congress general secretary Priyanka Gandhi Vadra on Friday took a jibe on the Uttar Pradesh government over poor corona testing claiming that testing in a not a "monkey’s job".

Her comments came soon after reports of monkey snatching a sample from laboratory in Meerut Medical College came to light on Friday afternoon.

In her comments on social media platform,Ms Vadra claimed that Yogi Adityanath’s government is already not making sufficient testing of corona suspects but now they even failed to protect the samples. Taking a jibe on government,Ms Vadra quoted ``Testing is not the monkey’s job’ and highlighted reports of how a monkey snatched a sample from Meerut Medical College.

Accusing Adityanath’s government of completing failed to control spread of Corona virus, Vadra further said that the government is just trying to shift the responsibility of increasing corona cases on other States claiming that the rise is just due to influx of migrant workers in large scale from other State.

"State government totally failed in controlling corona. Just think that if even the sample are now not safe then how the government is fighting with corona”, she tweeted.

It may be mentioned that reports confirmed that a monkey entered into the laboratory of Meerut Medical College and snatched a sample of corona suspect. As the staff tried to take the sample back, the monkey climbed on a tree and later torn the sample and threw it back. It was not confirmed that the sample is of which patient.

Sources said that the officials of Medical College in Meerut were already facing monkey menace for last several days and after Friday’s incident, they dispatched a letter to the Municipal Commissioner requesting him to take some immediate measures to free the area from monkeys.

Sources confirmed that even several patients and their attendants visiting Medical College earlier also fell prey to monkey’s but so far the administration not took the issue seriously.