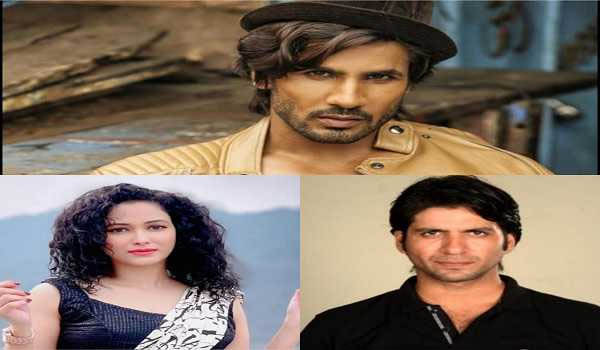 While viewers enjoyed comedian Sunil Pals’ special act in the recent episode, Shemaroo TV is all set to take the thrill a notch higher this week with some popular faces unveiling their dark avatars in ‘Crime World’.

The channel has finally revealed its stellar line-up for the upcoming episodes, which includes actors Krip Suri, Neetha Shetty and Punit Vashisth among others. These well-known actors are not only excited to enter the world of crime, but also explore their acting skills.

Talking about the project, Krip said, “I’ve done multiple shows in my career, but I have to admit, doing a crime show is extremely different and difficult. Understanding the character, its mindset and then protrating it on screen is quite challenging. But for Crime World, I’ve put in my heart and soul. From watching similar content available on TV and OTT platforms to reading crime-based books, I’ve done my research well, and hope that viewers resonate with my character. It’s been an amazing journey and I can’t wait for viewers to watch the episodes on Shemaroo TV this week.”

Neetha shared, “Crime is one of my favourite genres. While I’ve been a part of several crime-based shows, my character in Crime World is completely different. The script demanded more than just my experience and it helped me polish my skills. I think that if you want the viewers to have a jump scare then you also have to experience the same. I hope that viewers accept me in this new character, and shower their love on me as they have always done.”

Punit added, “When I was first offered Crime World, I was sceptical if I would be able to do justice to the character as it was something new for me. However, when I read the script, I was sure to be a part of it, and went all lengths to get into the skin of my character. I’m thankful to Shemaroo TV for thinking of me for this project and I hope viewers like my new avatar.”

‘Crime World’ presents dramatised re-enactments of real-life crime cases that revolve around harassment, kidnapping, murder and others. With stories that hit hard, the show explores the ugly, dark and twisted side of the society that is usually overlooked.