Cyclone Amphan led to the flash flood in Meghalaya 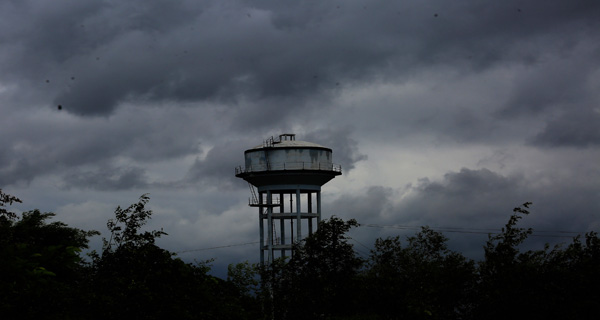 Heavy rains and strong wind triggered by cyclone Amphan led to the flash flood in low-lying area of Meghalaya’s capital Shillong on Thursday.

However, there has been no report of loss of life or serious damage to properties.

All the areas in East Khasi Hills District including neighbouring districts also witnessed heavy rain, adversely affecting supplies of water and electricity and internet connectivity. There were reports of mud sliding and felling of trees in some parts of the district

Areas around Polo Ground in the city got submerged due to water- logging and flash floods.

In Garo Hill region in western part of Meghalaya, many rivers in East Garo Hills and North Garo Hills were in its spate, with the Simsang river in EGH close to breaching the danger mark.

The situation was similar in Damring and Manda Rivers in NGH, though with the let up of rains late evening, the levels subsided.

“The water levels have come down this evening after initially threatening to rise. The situation is better as of now,” Deputy Commissioner of East Garo Hills, Swapnil Tembe said.

“The State disaster machinery is in place to deal with any eventualities if need be,” he said.