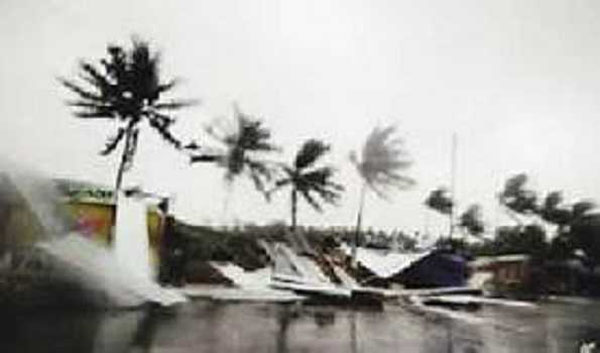 All roads in the coastal areas of Chennai were closed in view of the Cyclone, which was expected to make a land fall around midnight
tonight between Mamallapuram, about 55 km from here, and Karaikal in neighbouring Puducherry.
Following a high level decision, Chennai police commissioner Mahesh Kumar Aggarwal directed the officers and personnel to stop movement of vehicles on the Kamarajar Salai on the Marina beach front, East Coast Road, Rajiv Gandhi Salai also called as the IT corridor of OMR, and Ennore Express Highway.

All these stretches have been closed with immediate effect and police personnel were deployed to prevent movement of people and vehicles.

The city police also appealed to the public not to venture out to beaches or to the coastal areas.