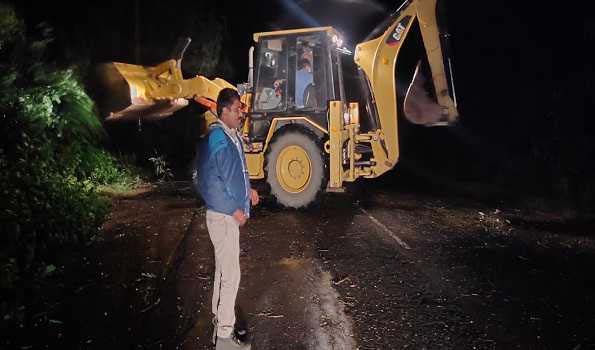 India Meteorological Department (IMD) in a bulletin early this morning said It is likely to move west-northwestwards and weaken further into a Depression during the next 6 hours.

It said light to moderate rainfall at most places with heavy to very heavy & extremely heavy falls at isolated places is very likely over North Coastal Andhra Pradesh and South Telangana today.

It said fishermen are advised not to venture into the sea along and off Andhra Pradesh & Yanam coasts on Monday.

Thunderstorm accompanied with Lightning with wind speed 30-40 kmph is very likely to occur at isolated places in many districts of the state.

Generally cloudy sky. Light to Moderate Rain/Thundershowers at times heavy rain is very likely to occur in the city.