Days were gone when country used to be run by Fatwas: UP CM 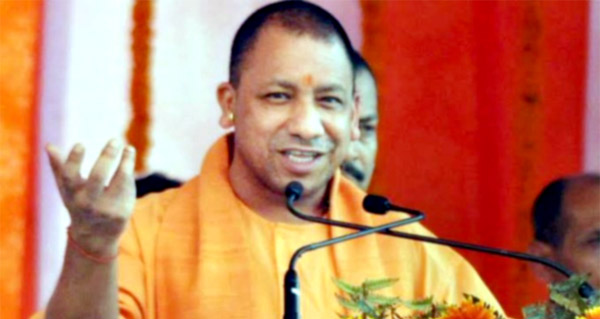 Lucknow, Oct 29 (UNI) Coming down heavily on the ‘Muslim Fundamentalists’, Uttar Pradesh Chief Minister Yogi Adityanath on Thursday said that gone are the days when the country used to be run on ‘Fatwas’, now it is run by the Constitution.

Ripping apart the Congress and its allies, he said such party leaders used to kneel before these ‘fundamentalist’ and toe their line. “This was the reason, the Congress never showed guts to abolish social evil like Triple Talaq,’’ he said while addressing three election meetings in Daruanda (Siwan), Lalganj (Vaishali) and Jhanjharpur (Madhubani) constituencies during three-phase Bihar assembly polls.

UP CM said that not only the disrespect for women and girls, the Congress had never put welfare of youth and farmers on their agenda. “Now the parties like Congress have been thoroughly exposed and the people have seen and experienced ‘Sabka Saath, Sabka Vikas’ narrative of the Bharatiya Janata Party,‘’ he added.

He said that the country faced many terrorist attacks during the UPA regime and despite the fact that Pakistan was involved in all the attacks, the then government at the Centre showed no courage to corner the neighbouring country. “On the contrary, now brave soldiers cross the borders and kill terrorists in their houses”, said UP CM.

Yogi said that the abolition of the Article 370 last year was the last nail in the coffin of terrorists and terrorism and the development-oriented government will soon uproot Naxalism and Maoism from the country. “The UPA also has a soft corner for Naxalism and this is evident from the fact that they have given all the tickets of the constituencies surrounding Patna to its ally Communist Party of India (Lenin)” he said.

Continuing further, the CM said that the policies of Congress and Rashtriya Janata Dal (RLD) are only focused on the development of one family and for them the country is the last priority. “Do you find anyone else’s picture on the election posters of Congress other than the members of the Gandhi family? For RJD also, only the family matters and even late Raghuvansh Prasad, who was a former central minister and senior party leader, had written to party president Lalu Prasad Yadav questioning as to why not a fifth person finds a place on the party posters other than family members,” he added.

The CM also questioned the purpose of Gandhi family members visiting temples during elections. “When they (Congress) were in power, they made all efforts to prove that Lord Ram and Krishna never existed but during elections they start moving from one temple to another,” he said.

Making an obvious reference to the Gandhi family, he remarked that when the country faces some calamities like flood, the family rushes to Italy and they are never seen in the affected areas helping the victims. “For 55 years (when the Congress ruled the country), development was not on its agenda and their focus was only on looting the resources of the country and compounding it in their Swiss Bank accounts,” he added.

Making light of the claim of the opposition’s promise of providing lakhs of jobs to the youths of Bihar, Yogi said: “They already robbed Bihar of their pristine past and now they want to come back to power by selling these false dreams. Can you trust these people who did not even spare the fodder meant for cattle?.

Yogi, who was campaigning in favour of the candidates of BJP’s ally Janata Dal (United), said that the commendable work of chief minister Nitish Kumar has given a new identity to Bihar which was tarnished by RJD and Congress over the years.

He said that under the leadership of Prime Minister Narendra Modi, Bihar has been developing at a fast pace. “There is no place for nepotism, caste and religion based politics in the country as well as Bihar while the people of Bihar are smart enough not to fall for false promises,” said the CM.