Death toll from earthquake in Turkey rises to 20 - Emergency Agency 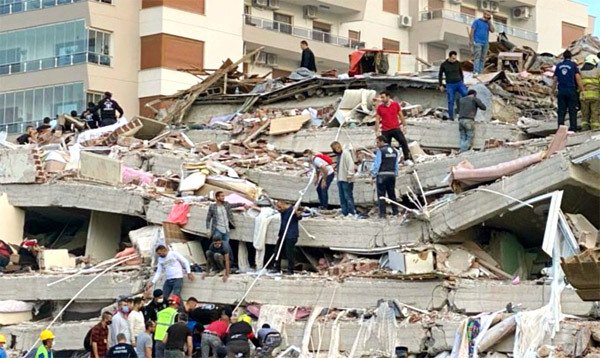 Ankara, Oct 31 (UNI) The death from the earthquake in Turkey has risen to 20 people while the number of those injured to 786, the Turkish Disaster and Emergency Management Presidency (AFAD) said in a statement on Saturday.

At least 3,204 rescuers, 20 search dogs and 450 vehicles are working in the disaster-hit area," the statement said.

A 6.6-magnitude earthquake hit the Aegean Sea off Turkey's western province of Izmir at around 1150 GMT at a depth of 16.54 km, and the epicenter was 17.26 km off the Seferihisar district.

"Erdogan and Mitsotakis exchanged wishes for a speedy recovery," the presidency announced in a written statement.