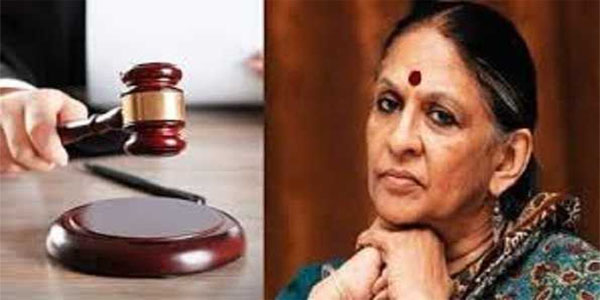 A Delhi Special CBI Court had awarded the sentence of four years jail term and Rs one lakh fine to Jaitly in a corruption case relating to a defence deal. After the judgement, Jaitly had immediately filed an appeal before the Delhi High Court, seeking suspension of her conviction and sentence.

In this case, a sting operation was conducted by a news website Tehelka in 2000-2001 termed "Operation Westend," to expose the corruption in defence procurement deals in India. Tehelka had made the operation public in mid-March 2001.

Judge Bhatt, after hearing on July 20, had convicted Jaitly, Major Gen Murgai and Pacherwal in the case.

An FIR was registered against Jaitly, Maj Gen Murgai, Pacherwal and Surender Kumar Surekha. A charge sheet was filed by CBI against Jaitly and others in 2006.

CBI has submitted that Jaitly entered into a criminal conspiracy with Murgai, Surekha and Pacherwal in 2000-01 and obtained Rs two lakh as gratification for herself or for any other person from Mathew Samuel, representative of fictitious firm Westend International, London.

CBI has submitted before the trial court that Jaitly did it to exercise influence upon public servants for getting supply orders for defence equipment - Hand Held Thermal Cameras (HHTC) from the Ministry of Defence for the said fictitious firm.

A number of payments were made to Maj Gen Murgai for his services in this regard and Rs one lakh was paid to Surekha for his assistance in the matter.

Delhi High Court Justice Suresh Kumar Kait, after hearing, admitted the appeal of Jaitly, seeking suspension of her conviction and sentence and issued notice to CBI for filling a reply.