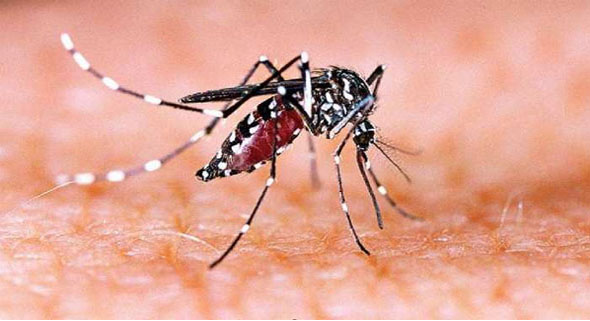 7 patients in city, 4 more chikungunya patients were found
Chronicle Reporter, Bhopal
The number of dengue, chikungunya patients is increasing continuously in the capital Bhopal. On Saturday, 7 dengue patients have been found in the city.
With this, the number of dengue patients in Bhopal has reached 107 so far. At the same time, 4 patients of Chikungunya have been found. The special thing is that dengue patients are facing double whammy. They are also getting chikungunya along with dengue fever. In the month of August in Bhopal, 14 patients of chickengunya were found, out of which 8 patients also had dengue infection. Due to having both the diseases being together, it is taking time from 15 days to a month for the patients to recover. Apart from this, the patient also suffers more. Experts say that both dengue and chikungunya infections are spread by the Aedes mosquito, so patients are suffering from both the diseases.
- Most patients in Saket Nagar
This year the maximum number of dengue patients has been found in Saket Nagar.
The number of patients here is about 17. After this, half a dozen patients have also been found in Bagsevaniya adjoining Saket Nagar. 4 patients have been found in Nizamuddin Colony located on JK Road. There are 1-2 patients in the rest of the colonies. It is to be notified that more patients were found in Saket Nagar last year as well. Patients were also found in Kolar, Kotra Sultanabad and Nehru Nagar.
Number is less than last year
Bhopal's District Malaria Officer Dr. Akhilesh Dubey said that the number of dengue patients has increased in Bhopal, but no patient has died due to this disease. He said that the number of dengue patients this year is very less as compared to the previous years. However, now people have to be careful and must be protected from mosquitoes. He told that a fever survey is being done by setting up camps in the city. Also, where dengue or chikungunya patients are found, larva survey and spraying of drugs to kill mosquitoes is done in the nearby houses.
Prevent from dengue and chikungunya in this way
-Use a mosquito net during the day too, because mosquito spreads dengue bites during the day only.
-Wear full clothes.
-Do not allow water to accumulate in the houses. -Change the water filled in small vessels in a week.
- The water of the tray at the bottom and the back of the refrigerator should also be changed regularly at an interval of 7 to 10 days.
-Headache, high fever, body rashes, bleeding from teeth are the symptoms of dengue. In case of such pain, please see a doctor.