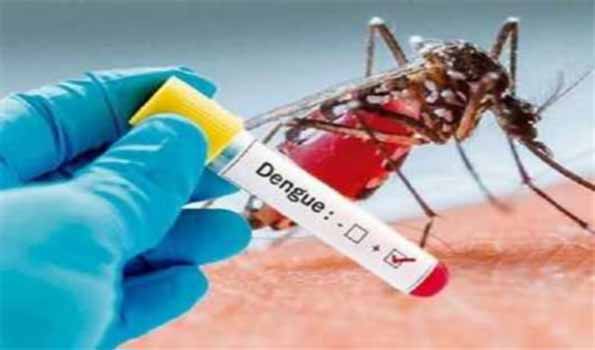 Bhopal: Dengue is spreading rapidly in Madhya Pradesh and has increased the concern. After 11 years, the number of dengue patients in the state has now crossed 10,000. Earlier, in 2009, about 10 thousand patients were found in the state. Last year this figure was only 806.
After Mandsaur, Gwalior is now the hotspot of dengue. 756 new infected have been found here in 24 days of October. At the same time, the total number of patients has reached 1 thousand 11.
The maximum number of 1215 patients have been found in Mandsaur so far, but it is a matter of relief that only 135 patients have appeared here in October. At the same time, the number of dengue patients has reached more than 100 in 23 districts of the state, although experts say that the figures of dengue are more in reality. At the same time, experts say that with the increase in cold, the effect of dengue will decrease.

Five deaths in official records: Cases of death of dengue patients have been reported in many cities in the state. Despite this, only five deaths have been reported in government records so far. In this, the maximum number of 2 deaths are reported in Agar and 1 each in Indore, Seoni, Rewa districts. In Ratlam alone, more than 10 people have died due to dengue.
Experts say that due to the rains in the state in the past, conditions have become favorable for the larvae to flourish. The government is running a war campaign against dengue. In this, from survey of larvae to fogging is being done to kill them. People are being made aware to prevent the accumulation of water in pots, pots and other places on the roof. Despite this, people have become careless. This is the reason that after surveying more than 2 lakh houses in Bhopal, larvae were found in more than 15 thousand houses.

400 patients currently hospitalized
According to the government report, out of about 10,000 dengue patients, 5538 patients have been admitted to the hospital so far. Out of this, 4962 patients have been cured so far. At present around 400 patients are admitted in the hospital. Madhya Pradesh Health Department Deputy Director Himanshu Jaiswar said that along with increasing testing, monitoring has been increased in the districts receiving more cases than normal in the state.