Dengue scare: Use of coolers banned in Jabalpur 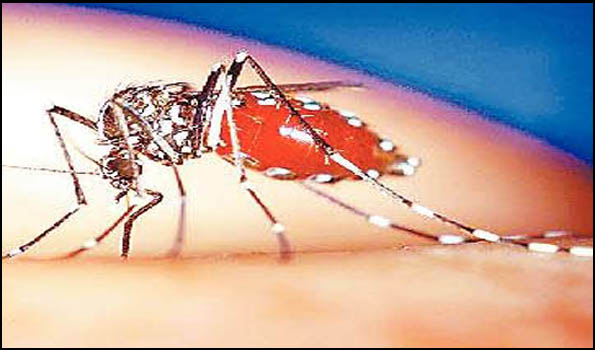 Chronicle Reporter, Bhopal
The havoc of dengue has increased in Madhya Pradesh these days. In big cities like Indore, Bhopal and Jabalpur, the number of cases has crossed 100. Meanwhile, the administration in Jabalpur has banned the use of coolers for a month. An order has been issued by the Jabalpur Municipal Corporation asking the common people to avoid using coolers for the next one month. So far 177 cases of dengue have come in the city in the month of September itself. District Malaria Officer Dr. Rakesh Praharia said that till now no death due to dengue has been registered, but the rapid increase in cases is a cause for concern.
Meanwhile, Jabalpur Municipal Corporation Commissioner Sandeep GR has ordered that coolers should not be used in the city for the next one month. Official sources say that the teams that conducted the field survey have told in their report that the larvae have been found in the coolers commonly used in homes. It has been said in the order that if the field teams find coolers running in someone's house, then action will be taken against them. A joint campaign is being run by the Municipal Corporation and the Health Department and fogging is being done by visiting the houses so that mosquitoes cannot breed.

17 dengue cases in Indore: Meanwhile, the outbreak of dengue is also increasing in Indore city, which is facing the havoc of Corona. The city recorded 17 dengue cases on Monday. With this, the total cases of dengue have increased rapidly to 139. There are 177 cases in Jabalpur and now due to the rapid increase in the figure in Indore, the government's concerns have also increased. However, it is a matter of relief in the meantime that there is a period of decrease in the cases of corona in the state. Therefore, there is not much pressure on the health infrastructure and in such a situation efforts are being made to focus full attention on the issue of dengue.

Isolation wards to be set up: Malwa is worst-hit followed by Mahakoshal region. Indore, Mandsaur and Ratlam are worst-affected districts in the state with over 1000 cases each, according to the health department. Bhopal has reported 170 cases so far while Jabalpur has 400 cases. Realising seriousness of dengue, CM Chouhan, in the review meeting held recently, instructed officials to prepare isolation wards of 10 beds in the district hospitals for dengue. Rapid Response teams should be constituted at the earliest. He also informed them that dengue, chikunguniya have been brought under the purview of Ayushman Bharat. Instructions have also been issued for use of Temofos and BTI anti-larval chemical. Compressor pumps and fogging machines should be made available. The CM also instructed for chemical cynophenothrin for outdoor fogging, the CM added.