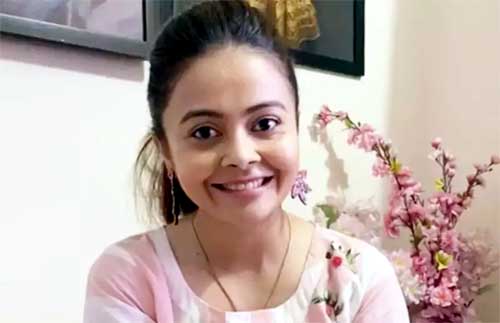 Devoleena Bhattacharjee is known for speaking her mind. The actress wears her heart on her sleeves and does not shy away from putting her unfiltered opinions across. Yesterday, Devo caught everyone's attention after she angrily reacted to Salman Khan's bringing up and Rashami Desai's eviction from BB 13 during Bigg Boss 14 Weekend Ka Vaar. The former Bigg Boss 13 contestant was irked and tweeted, 'Bigg Boss mujhe gussa mat dilao.'

While she took a dig at BB 14 makers for stating that Shardul Pandit and Rubina Dilaik got equivalent votes during nominations, it was her following statement that made her the target of the troll army. The Saath Nibhaana Saathiya 2 actress claimed to be the 'Queen of Bigg Boss.' She had said, 'I am the first and only Queen of Bigg Boss till now.' Within moments, netizens started trolling Devoleena for her statement and she received a lot of backlash. Well, Devo was here pointing out about the King Queen task in Bigg Boss 13, but many misunderstood her and trolled her.

It was when one of her fans highlighted this point, that Devoleena finally reacted to the trolling. She asked her followers to let trollers say what they want, and don't indulge in such negativity. 'Let it be. As I said earlier chor ke daadi mein tinka. Inka toh bhagwan bhi bhala nahi kar sakta. You guys don't be bitter. Happy Diwali and a prosperous new year to all,' expressed Devoleena.

Meanwhile, Devoleena has been watching Bigg Boss season 14 quite closely and expressing her point of view about the contestants on social media.