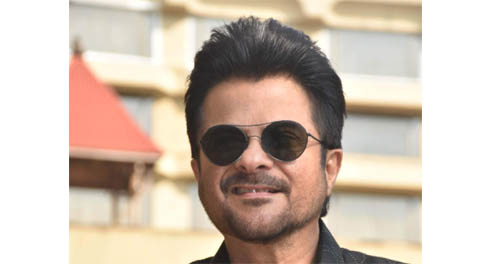 Tiger Shroff and Disha Patani have always made headlines owing to their rumoured relationship. Although the two of them have never admitted the same officially, multiple instances prove otherwise. From accompanying each other to important events or jetting off on exotic vacations, the rumoured couple never leaves a chance to be together. Both of them returned recently after having celebrated New Year in Maldives. While the reality about their relationship is under wraps, a new revelation might turn the tables now.

If media reports are to be believed, Anil Kapoor has confirmed that Tiger and Disha are dating. He is said to have revealed the same in The Kapil Sharma Show. It so happened that the senior actor was asked to name a Bollywood celeb whose diet he would love to steal. Anil is quick to respond to this and takes Tiger Shroff’s name while mentioning that he hasn’t worked with him yet. However, he did mention having stolen the diet of Tiger’s girlfriend Disha Patani.

Well, this is sure to send the fans of the couple in a frenzy. As of now, both of them have some interesting projects lined up. Disha is waiting for the release of the Salman Khan co-starrer Radhe: Your Most Wanted Bhai directed by Prabhudeva. She will also be seen in Mohit Suri’s Do Villain and Ekta Kapoor’s KTina. Talking about Tiger, he has two movies lined up as of now namely Baaghi 4 and Heropanti 2. He also announced another project titled Ganapath sometime back.