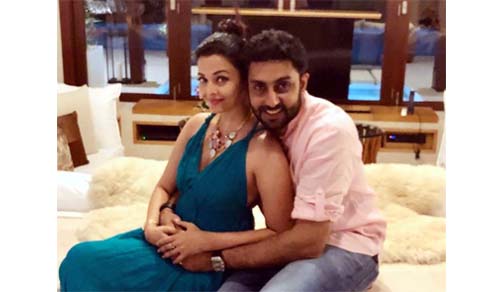 Bollywood power-couple Aishwarya Rai Bachchan and Abhishek Bachchan tied the knot with each other in a private ceremony that took place at the Bachchan residence, Prateeksha back in the year 2007. Be it making media appearances or attending award functions, the power-couple shells major relationship goals for fans to follow. Talking candidly about her marriage, in a previous Filmfare interview, when Aishwarya was asked if marrying Abhishek Bachchan has changed her personality.
The Hum Dil De Chuke actor said, “ In life change is the only constant. It’s good to change. But it’s not something I’ll write home about. You have to be conscious about a change of phase in your life. You can’t just sail through everything and drift along. That means you’re not investing, you’re not experiencing, you’re not giving to it and taking back. You need to have that ‘exchange’ in all your relationships, be it with your parents, with your friends, your professionals and most importantly marriage.”
Aishwarya reportedly believes that marriage doesn’t only get two individuals together, rather it is a merge of two families. Hence, embracing one’s partner is a crucial aspect of marriage according to her. She continued, “Because it’s not just two individuals coming together. Rather it’s about two families coming together. It’s your lives that you’re sharing. There are strong influences. We’re equally aware and conscious of embracing each other’s side and today we’re one. Two people who marry and decide to spend their life together should have that kind of exchange. So I’ve chosen to lean on exchange as opposed to change”.
Talking about her professional front, Aishwarya on July 19, officially announced that her upcoming project, Ponniyin Selvan, will hit the silver screens next year. The upcoming historical drama is based on Kalki Krishnamurthy’s 1995 novel of the same name. Apart from her, the multi-starrer flick features Vikram, Karthi, Trisha Krishnan, and Prakash Raj in pivotal roles.