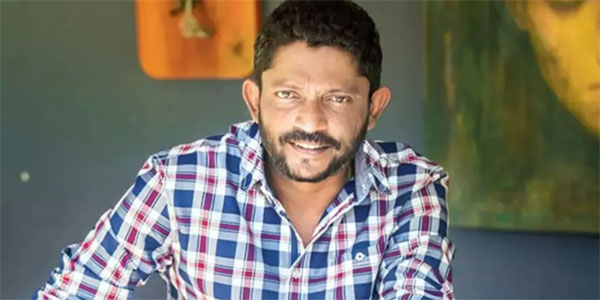 Director Nishikant Kamat, famous for films like 'Mumbai Meri Jaan', 'Drishyam" and "Madaari", passed away in Hyderabad on Monday due to multiple organ failure, doctors said. He was 50.

In a statement, the AIG hospital in Hyderabad, where the director had been admitted, said, "Mr. Nishikant Kamat (50 years) was admitted to AIG Hospitals on 31st July 2020 with complaints of fever and excessive fatigue. It was diagnosed that he was suffering from Liver cirrhosis for the past two years. Initially, we started antibiotics and supportive medications upon which Mr. Kamat showed improvement, but his condition soon deteriorated with progressive liver dysfunction and drowsiness."

"He was immediately shifted to the ICU, where his general condition gradually declined. Since yesterday, he developed respiratory failure and hypotension. Despite maximum efforts from Hepatologists, Gastroenterologists, Pulmonologists, and Intensivists, his condition deteriorated eventually leading to multiple organ failure. Today, from afternoon onwards his vital parameters started declining and at 16.24 hrs he succumbed to his illness. Our condolences are with his family friends and fans,' 'the hospital said.

Kamat, who made his directorial debut with Marathi film "Dombivali Fast" in 2005, carved a niche for himself with several Bollywood thrillers like "Mumbai Meri Jaan", 'Drishyam" and "Madaari",

Kamat also played a negative role in John Abraham-starrer "Rocky Handsome" in 2016, which he also directed.

His biggest hit was Ajay Devgn-Tabu starrer "Drishyam", which was a remake of the Malayalam movie of the same name.

Actors from the world of Bollywood expressed condolences on his demise.

Expressing condolences, Bollywood actor Ajay Devgn, who played the lead role in his biggest hit film 'Drishyam', wrote, "My equation with Nishikant was not just about Drishyam, a film which he directed with Tabu and me."

"It was an association that I cherished. He was bright; ever-smiling. He has gone too soon. RIP Nishikant."

Other Bollywood celebs like Adil Hussain, Arjun Rampal, Jaaved Jaaferi, Anurag Kashyap, Hansal Mehta, and many others mourned his death.

'Too many Sad news coming today! Pandit Jasraj the legendary Classical Vocalist and Nishikant Kamat, Director of so many films, who directed me as well in my early days of Jasoos Vijay passed away today. Rest in Peace both of you in Heaven. Will miss you Both,' Adil Hussain said.

'I will miss you my friend. #NishikantKamat Rest In Peace,' Riteish Deshmukh said.

'A good friend, one of the finest director and actor #NishikantKamat left us today. My heartfelt condolences to his family and friends,'acto Manoj Joshi said

'Another gloom sets over us today as a dear friend and wonderful person Nishikant moves on to another realm. Your smile, your peaceful demeanour and just you shall be missed my friend. No more suffering Rip,'Arjun Rampal said.